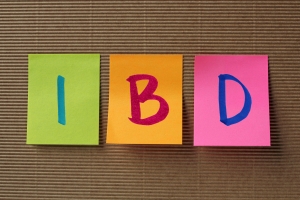 IBD is a chronic, inflammatory, auto-immune condition of the gastrointestinal (GI) tract, with two major clinical forms, ulcerative colitis (UC) and crohn’s disease (CD). Whereas in UC, the inflammation and ulceration is contained to the large bowel (colon and rectum), in CD, the entire digestive system can be affected, from the mouth to the anus. However, both involve periods of relapse and remission and it is estimated that around 70% of those with CD and 25% of those with UC will need surgery during their lifetime.

The global prevalence of IBD is increasing and over the last decade has become a public health challenge. Developed countries have the highest prevalence, however, more recently, the incidence has increased in developing countries such as Brazil, China and South Korea. IBD imposes a large burden on patients, affecting their quality of life by often impacting their ability to work and to socialise. The exact aetiology is unknown but an altered gut microbiota is considered to be a factor. However, it is unclear whether alterations are the cause or consequence of intestinal inflammation.

The gut microbiota is diverse, consisting of bacteria, fungi and viruses, with over 1000 different species of bacteria, and in a healthy gut there are four main families: Bacteroides, Firmicutes, Actinobacteria and Proteobacteria. Diversity of species is crucial to maintaining balance and ensuring harmony in our gut. Every time we eat, the microbes work to help us break down our food and extract the nutrients we need. Importantly, what we eat is also food for our microbes and each thrive on a different food group. That means that if we eliminate a food group, the microbes that feed on that particular group will die out. When there is a loss of harmony in our gut, dysbiosis occurs and this results in a higher proportion of inflammatory microbes emerging. As our gut houses 70% of our immune system, this can increase our risk of immune impairment and associated illnesses, including IBD.

The type of dysbiosis most commonly associated with IBD is a decrease in bacteria diversity, especially Firmicutes and Bacteroides, and an increase in species belonging to the Endobacteriaceae family. These bacteria invade the gut mucosal lining, causing bloody diarrhoea and ulceration of the colon. However, although many studies have recognised the dysbiosis which occurs in IBD, the causal role has not been established and the microbiome composition has varied across patients studied. This may be due to a number of factors, including the disease state of the subjects, specimen type and location and materials, and methods used for analysis. It is therefore unclear whether there is a specific bacterial species/strain, or multiple species/strains which might cause or only exacerbate IBD.

However, as a healthy gut environment enables our immune system to function optimally and IBD is an autoimmune condition, it makes sense to do everything we can to ensure that our gut microbiota is as diverse as we can make it, and the single most important way we can do this is to change our diets and eat more fibre. 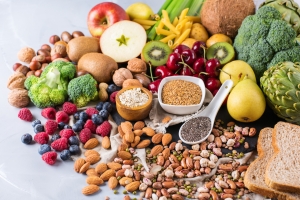 The only sources of fibre in our diets are plants, and rather than focusing on specific types of fibre, what is more important is eating as many different plant foods as you can daily to increase microbial diversity in your gut. The guidelines are that we should be aiming for a minimum of 30g of fibre daily, however, most people will not know what that looks like in real terms. Therefore, it is easier to encourage the consumption of at least thirty different plant foods weekly, and to ensure that this includes as wide a variety of fruit and vegetables as possible. This is because each different coloured fruit and vegetable contains different nutrients and types of fibre. If you are already following a plant-based diet, you are more than likely to be hitting your target, but if you are new to plant-based eating, or are looking to increase the number of plant foods in your diet, here is an example of how you can easily achieve a variety of different fibre sources in one day:

There are a range of health benefits associated with fibre, including reduced cholesterol, healthy bowel movements, a reduced risk of colon cancer, and optimised fertility, but we don’t have the ability to break down fibre effectively by ourselves; we need help, and that is where our gut microbes come in.

The breakdown products of the fibre we eat are called short chain fatty acids (SCFA’s), and there are three main groups: acetate, propionate, and butyrate. Every time we eat fibre, our microbes help us to produce these in varying amounts depending on the time of fibre we eat, so, as already discussed, to reap the full benefits, it is important to eat as diverse a plant based diet as possible. SCFA’s exert a number of effects on the bowel; first, they make the large intestine (the colon) more acidic and this prevents the growth of inflammatory bacteria. They also suppress the growth of health damaging strains of bacteria such as E-coli. The more fibre we eat, the more SCFA’s are produced and the more anti-inflammatory the gut environment becomes. In contrast, if we don’t eat enough fibre, we provide our microbes with less food and SCFA production is decreased, thereby creating a less healthy gut environment with reduced diversity.

Although the aetiology of IBD is multifactorial, diet is recognised as a factor, particularly in CD. With a diet low in fibre, bacterial diversity is reduced, there is a reduction in the SCFA, butyrate, and there is an overgrowth of inflammatory bacteria, particularly E.coli. This results in an inflammatory cascade, with further dysbiosis and production of more E.coli, which affects the tight junctions in the gut and eventually leads to increased intestinal permeability (leaky gut) and allows the E.coli to invade the intestinal wall. This activates the immune system to attack the invading bacteria and results in inflammatory bowel. Fascinatingly, butyrate may actually repair leaky gut, and along with the other SCFA’s, produce anti-inflammatory gut bacteria. This results in reduced gut inflammatory markers, thereby helping to prevent autoimmune disease by communicating directly with our T cells, part of our immune system, to not attack the body’s own cells.

It is important, aside from low fibre intakes, to mention the types of foods that can have a negative effect on the gut microbiome, and in addition to processed foods, sugar sweetened foods and drinks, and saturated (animal products, coconut and palm oils) and trans fats, animal proteins are a major contributor to a less diverse gut microbiome. When in their processed form, they are classed as a grade I carcinogen, meaning they are cancer causing. However, even non processed animal protein has been shown to increase the growth of inflammatory microbes, and additionally results in the gut bacteria producing something called TMAO. This increases the risk of a number of disease states, including heart disease, type 2 diabetes, and Alzheimer’s. In addition, when meat is dry cooked and forms a brown layer, compounds called AGEs are formed and these result in inflammation within the body. If these foods are continually consumed, the inflammatory microbes continue to be fed and a vicious cycle ensues.

Another potential cause for concern comes in the form of Titanium Dioxide (TD) particles, which are widely used as food additives, both to preserve shelf life and enhance the white colour of foods such as coffee creamer and confectionary. They can also be found in pharmaceutical pills, toothpaste and cosmetics. Studies using mouse models have shown that TD promotes oxidative stress and therefore inflammation, and that levels of TD have been found to be increased in the blood of patients with active UC. Absorbed TD may increase intestinal permeability as a result of increased inflammation, thereby creating a cycle with the facilitation of more TD to enter upon additional exposure. More studies are needed to determine harmful effects, as the concentration of TD particles in the mice were higher than those the human gut is exposed to. However, there is growing evidence that TD particles exert negative effects in living organisms, therefore strengthening the argument further that increasing the amount of dietary whole foods, and limiting intakes of processed, sugar sweetened foods, is beneficial not just in terms of IBD but for general health.

So, could a plant-based diet with sufficient fibre play a role in the prevention of IBD and also in the management? Well, it is important to state that there are other known risk factors involved in the aetiology, including genetics and smoking (CD), but it appears to be of significant importance to create and maintain a healthy and diverse gut microbiome, both in terms of prevention and treatment, and the only way to achieve this is by increasing the number of plant foods in your diet, thereby creating diversity, and reducing the number of foods associated with a less diverse, inflammatory gut environment. 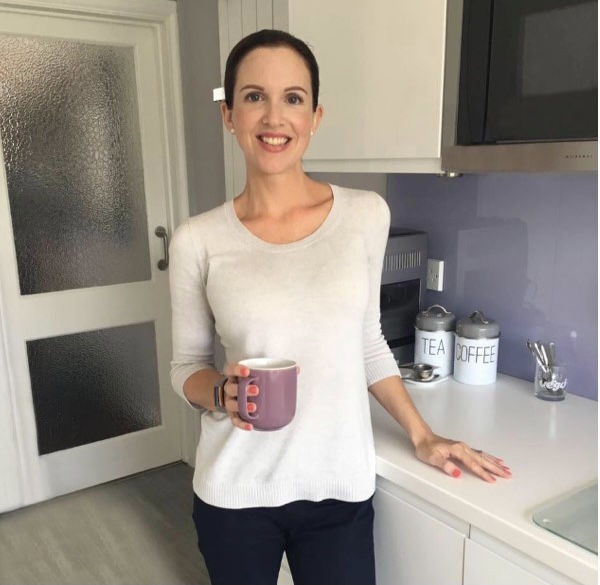 Lisa studied Clinical Nutrition and Dietetics at Cardiff Metropolitan University for four years, before graduating with first class honours in 2014. She has six years clinical experience working in the NHS, providing care to patients in both the inpatient and outpatient setting. Lisa began her career working in Morriston Hospital in Swansea. After a year of working with patients with a wide range of clinical conditions, she took up a rotational post at the University Hospital of Wales, where she worked in neurology, cardiology and respiratory. She then took up a specialist post in critical care in the Royal Gwent Hospital in Newport, before specialising in gastroenterology in 2016. Lisa left her post at the end of 2019 to set up her own freelance business and now works at PBHO. She also continues to run weekly gastroenterology clinics virtually for the NHS. She has an additional interest in male and female fertility.

12 Commandments For Your Post-Christmas Gut Cleanse